After a looong looong time

Well,
sometimes things dont go the way you want them to.
And after some private trouble this blog is to be continued soon.

To make a long story short, we went by plane and came back by Ford.
After an exhaustive testdrive and a short inspection on a hoist we decided that the substance of the car is good enough for the car to become a solid driver with manageable efforts. 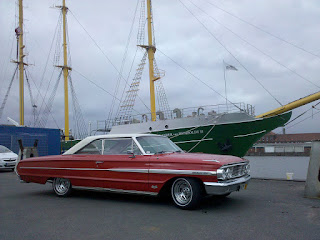 anybody who knows Beck's Beer ads?
Although a desert car it had rust in the rear quarters and some patches in the trunk. Besides that some oil in the engine compartment. But at this time I knew already that this is quite common on FE Engines.
In the FE-Engine forum I read about one engine that was still droping fresh oilmarks beneath the engine bay even though it has been taken out of the car four weeks before... 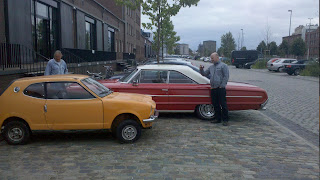 2-door car meeting in Bremen
But as every electric device was working, the engine running smooth, the old C4 shifting smoothly as well, we decided to take the risk and driving 800 kilometers to bring it to another friends workshop. Vince of http://www.vin-cars.com/  will make the car streetlegal in austria. He should do a check and tell us what to repair over the winter to bring it on austrian streets by spring 2012.

The journey was almost uneventful. My friend snored throug about 400 kilometers of germany and the galaxie went without problems. 2 fuel stops, one gallon of Oil (the engine really leaks!) end seven hours later we arrived in Orth/Innkreis at Vinces Ford-Dealership. We left the car and finished our trip to vienna in my Volvo. Thanks, Leslie, for picking us up.

Vinces Verdict was not much of a surprise. I will have to replace almost everything on the car thats not made of steel or glass. To get "MOT § approval" we  will have to change all rubbers on the chassis and almost every gasket on the engine. Someone should take care of the rear quarter panels. wheatherstripping has turned to dust as well, but austrian gouvernment doesnt care about that. So may be I will do that later. This and a lot of smaller issues will keep me busy over the winter. But before we take the car apart, it will have to do the "Herbstzauberklassik". I will tell you more about hat next time.
Eingestellt von Peter um 08:17 1 Kommentar: 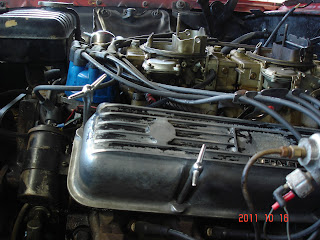 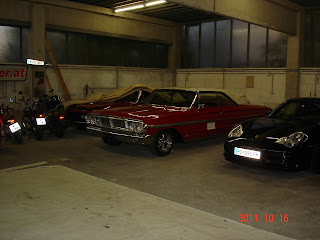 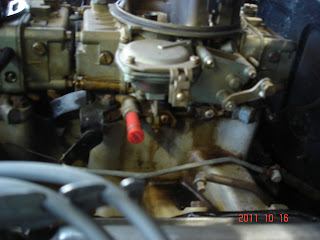 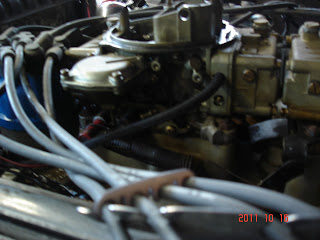 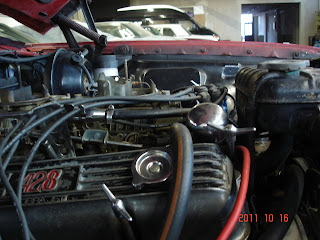 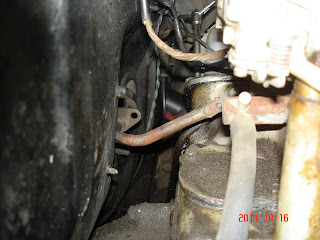 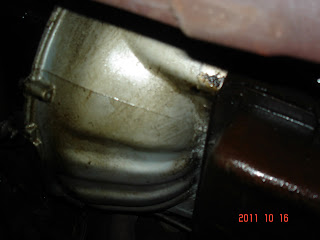 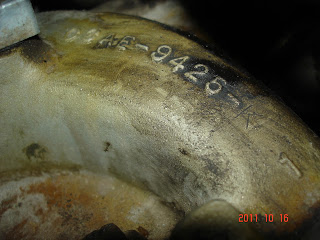 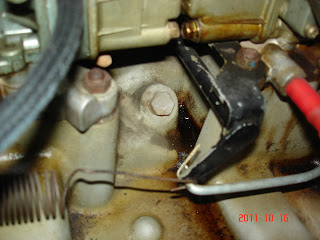 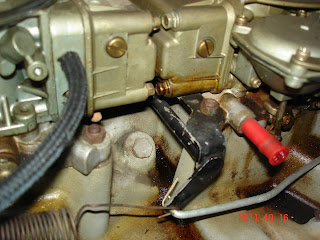 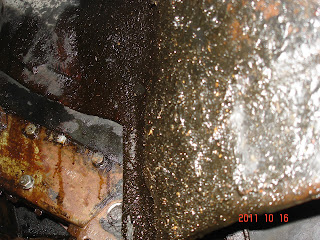 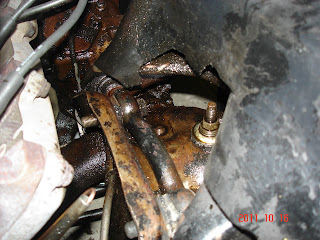 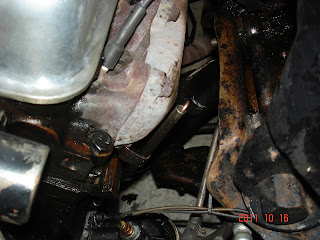 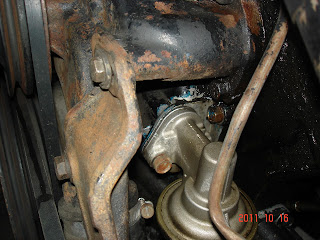 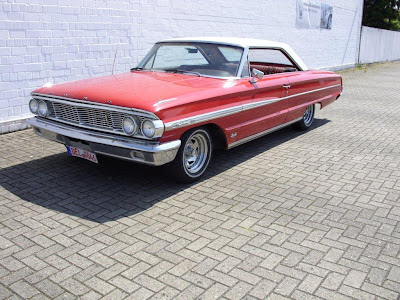 Dreaming for an 63 or an 64 since I dont know when, I made the decision to sell my Cadillac Seville 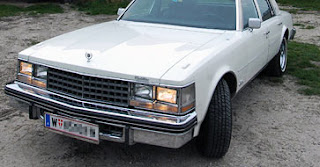 in 2009 and look for a Galaxie.
I dont know how  many cars I looked at, must have been a few hunderd,
but only online. For there where no real Galaxies in Austria, neither '64s nor '63s.
At a certain time I had quite a complete database of all Galaxies offered in the US. I had contact to some sellers, most of these contacts were dissapointing in one way or the other.
But one day in early 2010 I discovered this one in Bremen/Germany. It was advertised in http://www.mobile.de/. The dealer promised a Galaxie 500 Desert Car from Arizona, rangoon red, white roof, powersteering, powerbrakes rustfree Z-code with an engine swap to 428 Cobra Jet.

Bremen is about 700 miles (1000 kilometers) from my hometown so I 2010 convinced my wife to spend our holidays up north in Germany and go see the car. But our timing was bad, we missed the dealer, time was running short and so we had to leave without seeing the car.

In summer 2011 the car was still waiting for me The price had been lowered ...
So I  took a buddy  with me for moral support and off we went to see what its worth.

In my next post I will tell you what happened next..